Hallo, Pooh, you're just in time for a little smackerel of something

Learn how to introduce yourself 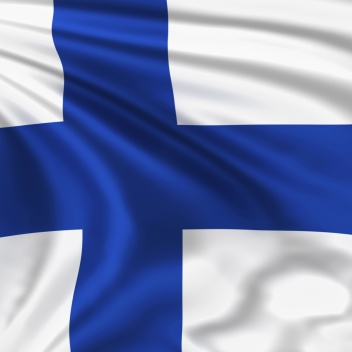 The Focus of this Lesson is Introducing Yourself
Minä olen Helen

You can use this expression to tell someone your name when you meet for the first time. You can also use it to express other things about yourself, such as your profession or your psychological/physiological state (happy, tired, surprised, etc.) This is one of the key phrases you need when you want to say something about yourself.

The pattern of this this expression is:

Examples from this Dialogue

Note: this construction can be used to express some psychological and physiological states, but not all of them. For example, you will need a different construction to say you are hot or cold. We will get to those later.

Saying "Nice to meet you"

Saying "Nice to meet you" is a polite addition to introducing yourself. It is Hauska tutustua in Finnish. It literally means "nice to get to know." Just like in English, it is not a full sentence. There is only the adjective hauska "nice" and the infinitive verb tutustua "to get to know." You can also say Hauska tavata, which is literally "nice to meet."

About the "Declension stem" Column in the Vocabulary Table

As you may (or may not) know, few Finnish words always appear exactly the same when they are used in different sentences. Verbs, nouns, adjectives, pronouns, and numerals all take various endings. The word stem to which these endings are attached is not always the same as the infinitive (in case of verbs) or nominative (in case of the other word classes) form of the word, so you'll need to know the stem in order to attach the endings correctly. You do not need to worry about that in this lesson, but we will start gradually looking into that in the next few lessons, so it might be good to get used to the idea. We will provide the stems of new words as they come up.

Finnish is written with the Roman alphabet, which makes it more accessible to those who speak European languages in general. However, the Finnish alphabet has three more vowels than, for example, the English one - å, ä and ö.

The ng sound (like "ng" as in kengät) - is usually replacing the consonant pair nk, like in kenkä ("shoe").

The å is read as "Swedish o," or ruotsalainen O in Finnish. It appears in Swedish names in Finland, like Åbo or Åland and it's pronounced /oː/.

Finnish vowels are pronounced a little differently than the English ones.

A is pronounced like the vowel in the English word "car". It can be found in the Finnish word auto.

E is pronounced like the vowel in the English word English. "they". It can be found in the Finnish word hei.

I is pronounced like the vowel in the English word "me" or It can be found in the Finnish word kiitos.

O is pronounced like the vowel in the English word "boats". It can be found in the Finnish words orava (squirrel) and koulu (school).

U is pronounced like the vowel in the English word "you" with the diphthong ou. In Finnish, it can be found in tuuli or tuli.

Y is pronounced a little bit like the vowel in the English word "you". It can be found in the Finnish words kyllä or yö.

Another speciality of the Finnish language is the double vowel and double consonant phenomenon. These just become long sounds, and it is really important to notice the doubles because the meaning of the word changes often if one vowel/consonant is left out.

Introducing yourself to a Finn is a rather straightforward process. Usually, you just need to say the appropriate greeting for the time of day, tell them your name using the Minä olen A phrase, and shake hands. Saying Hauska tutustua is a nice bonus, but not compulsory. In a business setting and other formal situations, a handshake is the way to go. In more casual situations, people may hug each other or have no physical contact at all. Hugging has become more common only in recent decades, and it is still something that is mainly done among relatives and good friends. It is also considered a somewhat feminine thing to do—men may hug women, but they do not really hug each other unless they have just scored a goal in an important match. A handshake, on the contrary, is rather formal, so it is not very common among friends, certainly not among young friends. Young people usually do not shake hands with each other.

Hi listeners! What is your name?

Thank you for your comment, a nice story too and welcome to study with us! Learning in real situations is sometimes the most effective way to learn hehe. You have a good asset to help you with your studies, your Finnish wife. 👍

fun little 'fail': the first time we went to Finland together, I'd tried to memorise a few one-liner greetings to be polite (as you do), and I do recall a conversation where having managed "minä olen Mike" I then got muddled and said to the other person "tervetuloa" (I think I was fishing for "hauska tutustua"). Very kind of me to "welcome" them to their own home! 😅

Thanks for the lesson! Olen Mike. Finally getting stuck into FinnishPod101, having signed up a while back but not yet made the commitment to sit down and start learning - I'm hoping by listening and posting on the comments it will make me stick to the course and starting working through it.

My wife is Finnish (minun vaimoni on suomalainen) but I am English (mutta olen englantilainen), so I'm trying to make time to properly get stuck into the language!

Impressive introduction, Kaung! You know you Finnish very well! Here it is as checked. Well done and have fun studying! 👍

Hauska tutustua, francisca! 😄 We are glad to have you at FinnishPod101.com!

Thank you for your comment! 👍 So, how do you find it? Any suggestions for students or us to improve our studies here?

Thank you for your kind comment! We are glad to have you with us! ❤️️